Why is Inflammation Management Important?

Inflammation is a double-edged sword. While short-term inflammation is a necessary and healthy response to injury, recurring inflammation due to prolonged stressors can cause a healthy inflammation response to get stuck in an overactive cycle. If the body is unable to reset the balance, sustained inflammation can reduce the ability of stem cells to find affected tissues, compromising the body’s ability to self-heal.

The Effects of Inflammation on Your Health

Phycocyanin “blue pigment that is extracted from Spirulina” is well researched and is known as a selective inhibitor of COX-2, a key enzyme involved in inflammation. Cyactiv® is the result of 7 years of research and development and includes 4 human clinical trials and numerous in-vitro studies. A recent dose study confirmed that consumption of Cyactiv® was safe and not associated with any side-effects linked to stomach, heart, kidney or liver function.

You can take Phycocyanin extract in an easily taken supplement capsule from Cerule® called Cyactiv® , taken once or twice it is clinically proven to substantially balance and calm systemic inflammation which is associated with a myriad of health issues. Balancing whole-body inflammation assists the homing of stem cells to affected tissues. 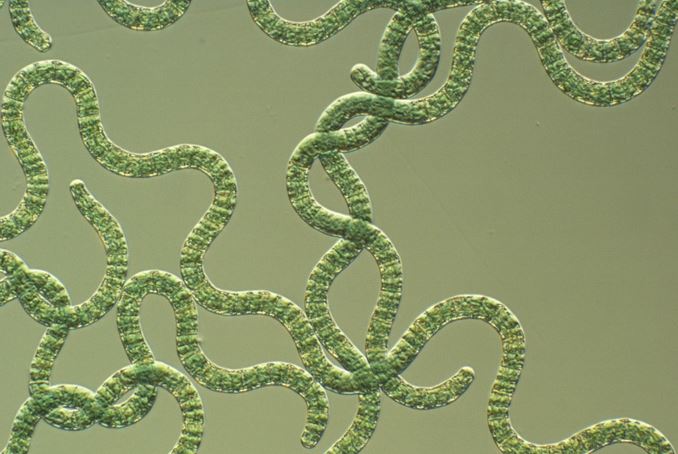 Arthrospira Platensis “Spirulina” is clinically proven to reduce inflammation in the human body and also helps prevent cancer, according to the University of Maryland Medical Center, “A number of animal and test tube studies suggest that spirulina increases production of antibodies, infection-fighting proteins, and other cells that improve immunity and help ward off infection and chronic illnesses such as cancer.

Benefits have also been shown to prevent atherosclerosis and reduce elevated blood cholesterol levels. Researchers also discovered that the spirulina supplementation lowered intimal aorta surface by 33% to 48%, which suggests that it can prevent atherosclerosis and subsequently lowers the chance of stroke. It speeds up weight loss through a variety of mechanisms as it takes more energy to metabolize. Lowers blood pressure, Phycocyanin is a pigment found in the spirulina that scientists have discovered possesses antihypertensive effects.

Spirulina platensis is a blue-green alga used as a dietary supplement because of its hypocholesterolemic properties. Among other bioactive substances, it is also rich in tetrapyrrolic compounds closely related to bilirubin molecule, a potent antioxidant and anti-proliferative agent.